Inspired by a folktale about “the black dragon” seen by the Emperor through the misty air of Xuanwu Lake, the hotel’s Main Lobby features two key elements from this legendary tale: the peaceful, reflective quality of the lake and the contrasting dark intensity of the mythical creature. 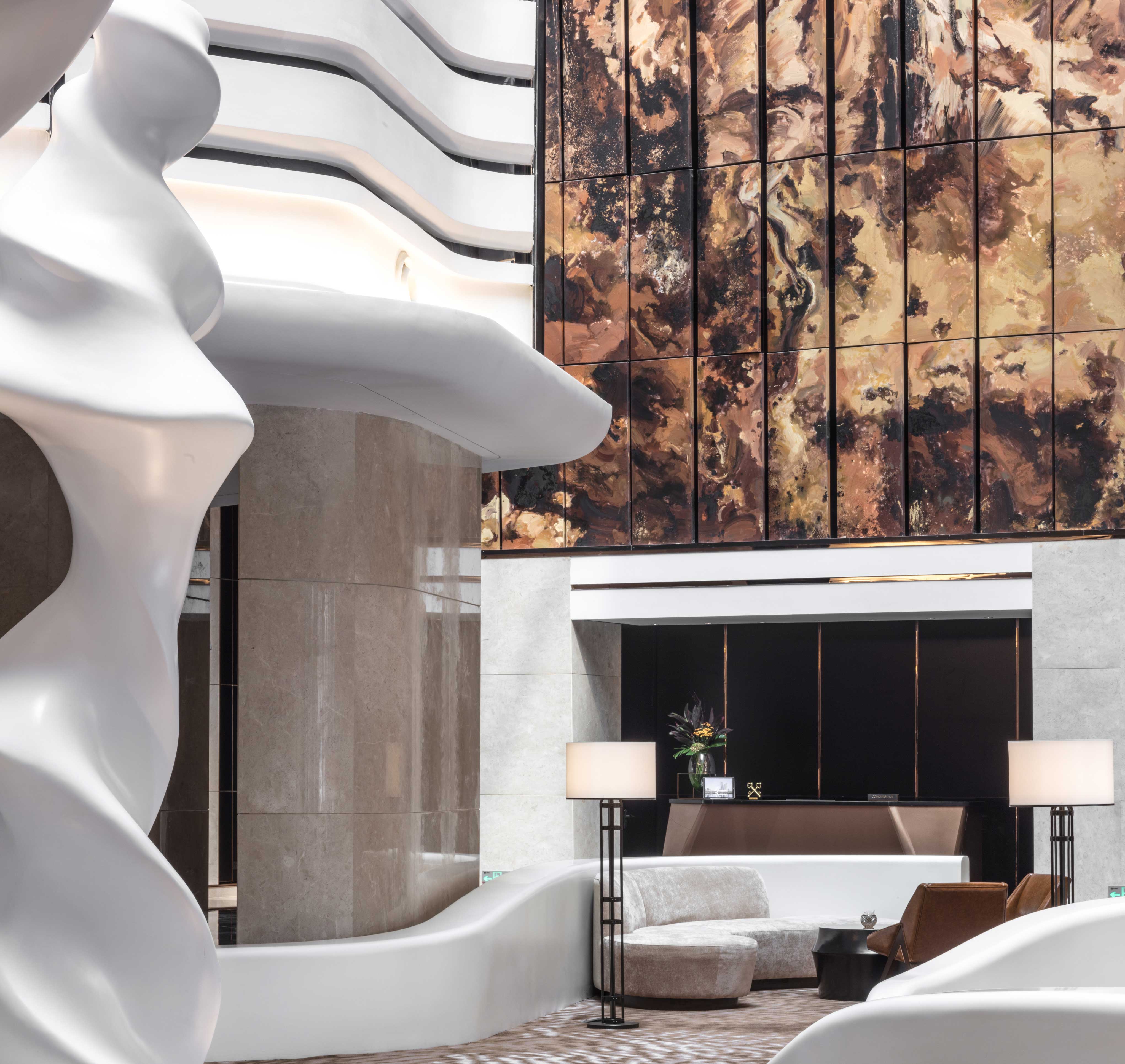 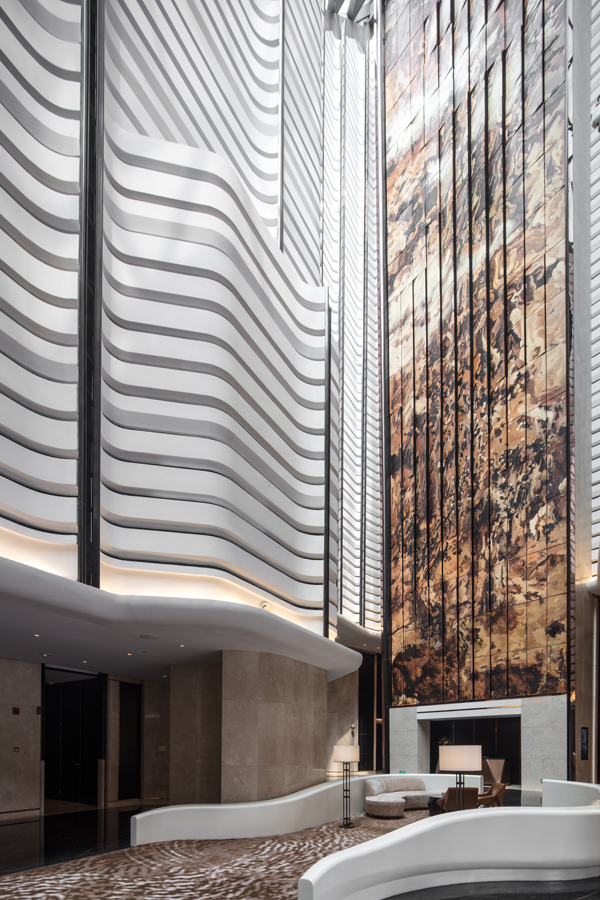 The grand lobby depicts scenes of a flowing river, with its central seating area composed of weaving islands on top of ripple-patterned marble flooring. Two imposing sculptures stand within the lobby space to draw the eye upwards, allowing guests to take in the dramatic height while giving scale and proportion to the lobby floor. 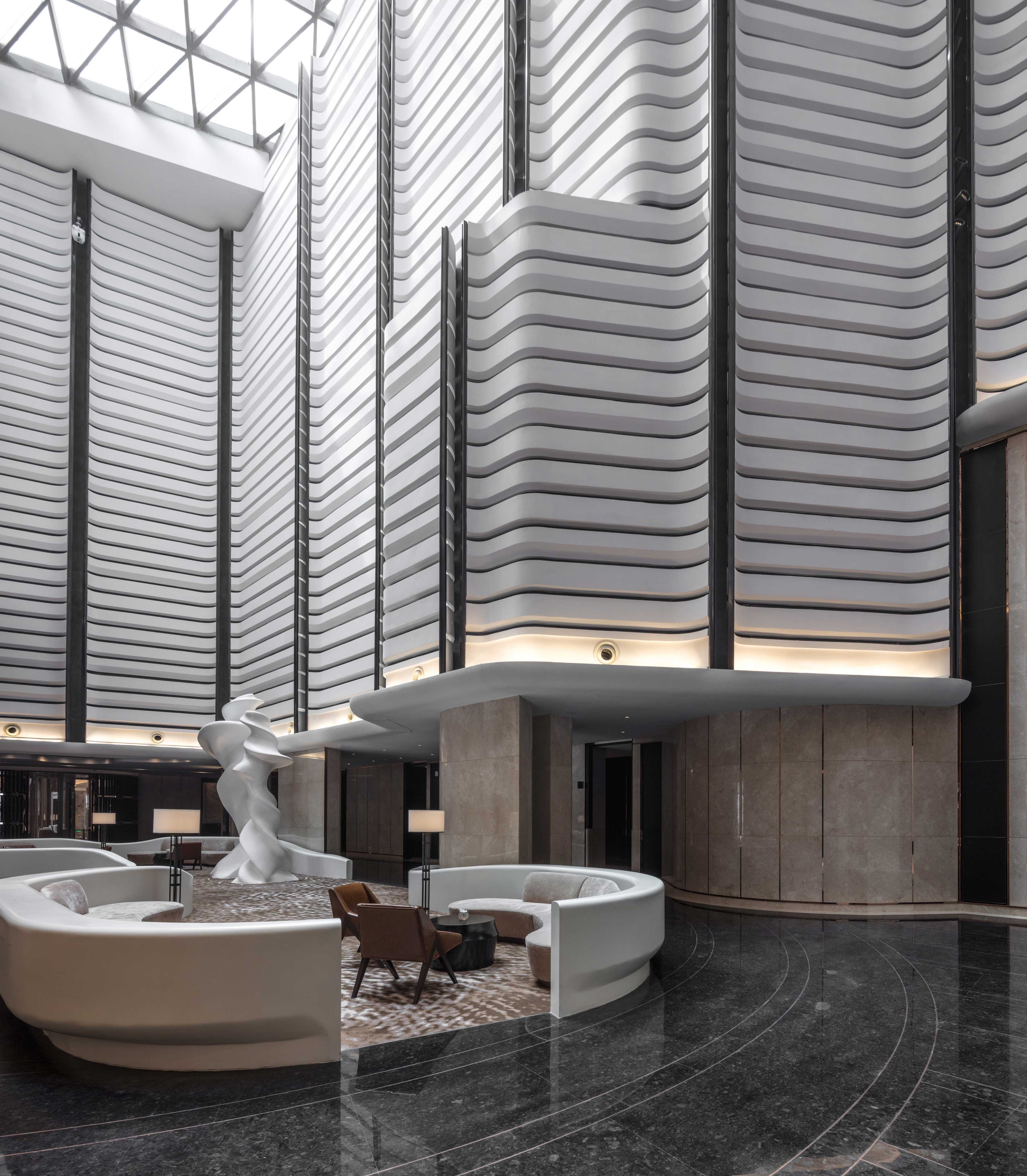 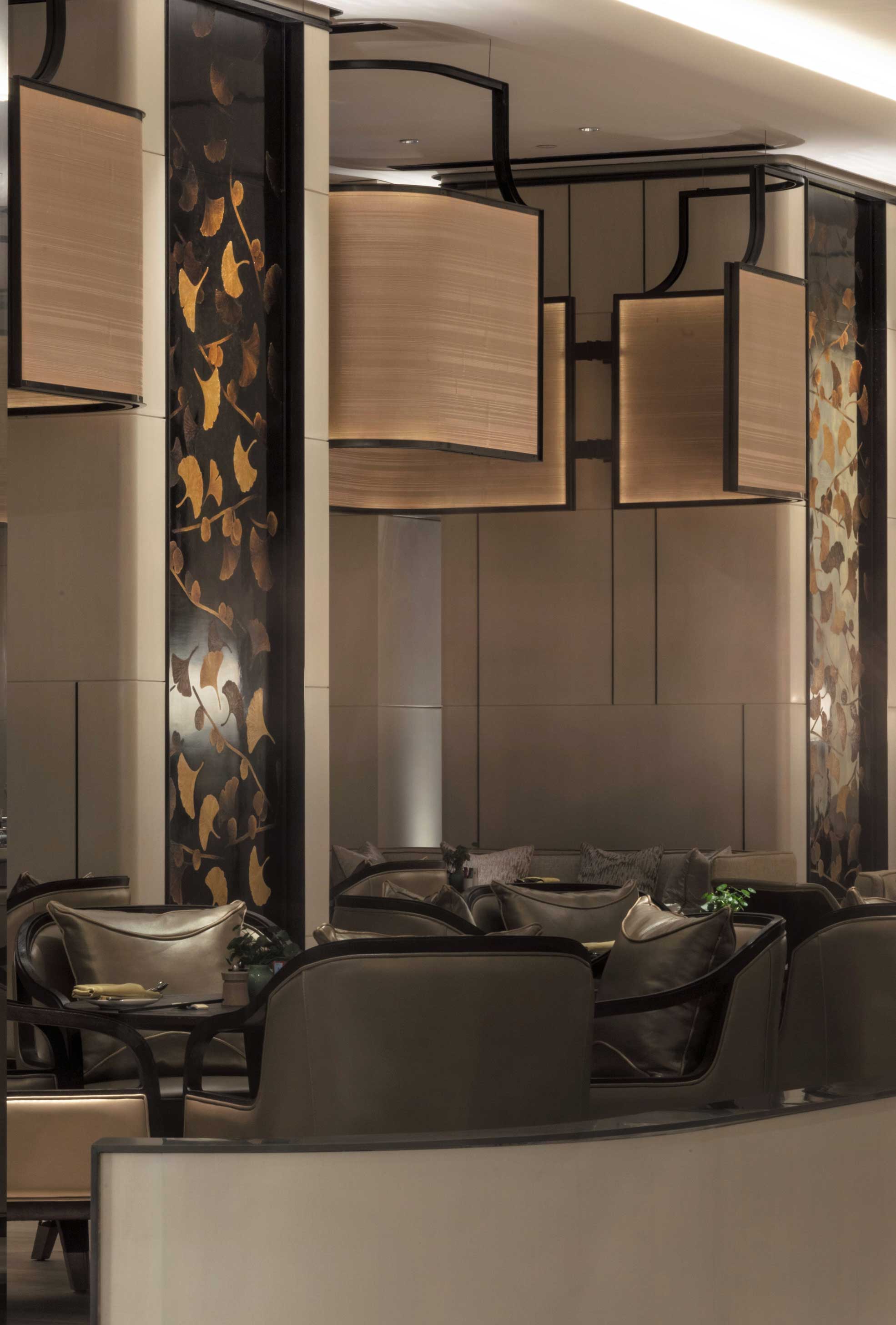 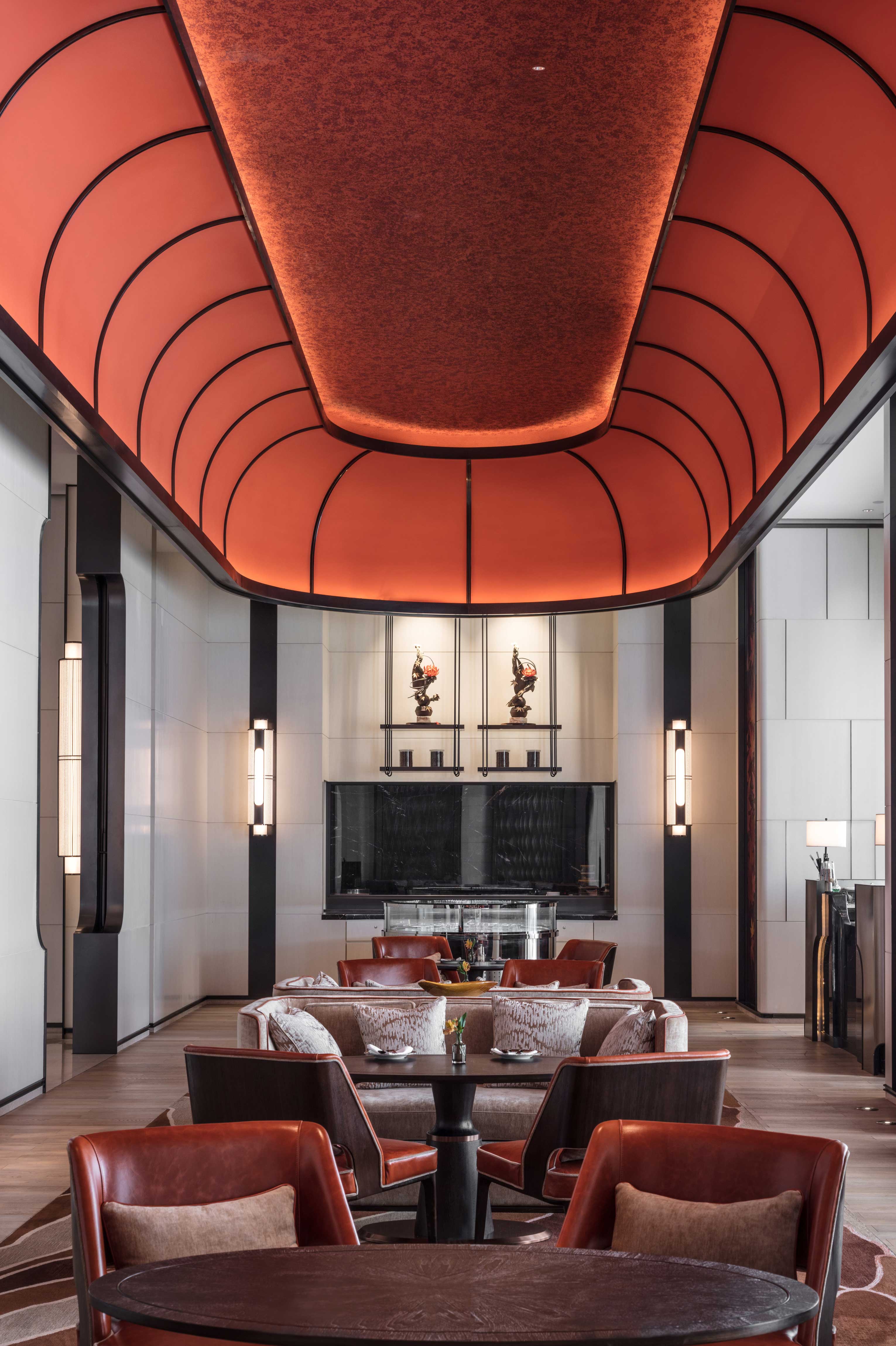 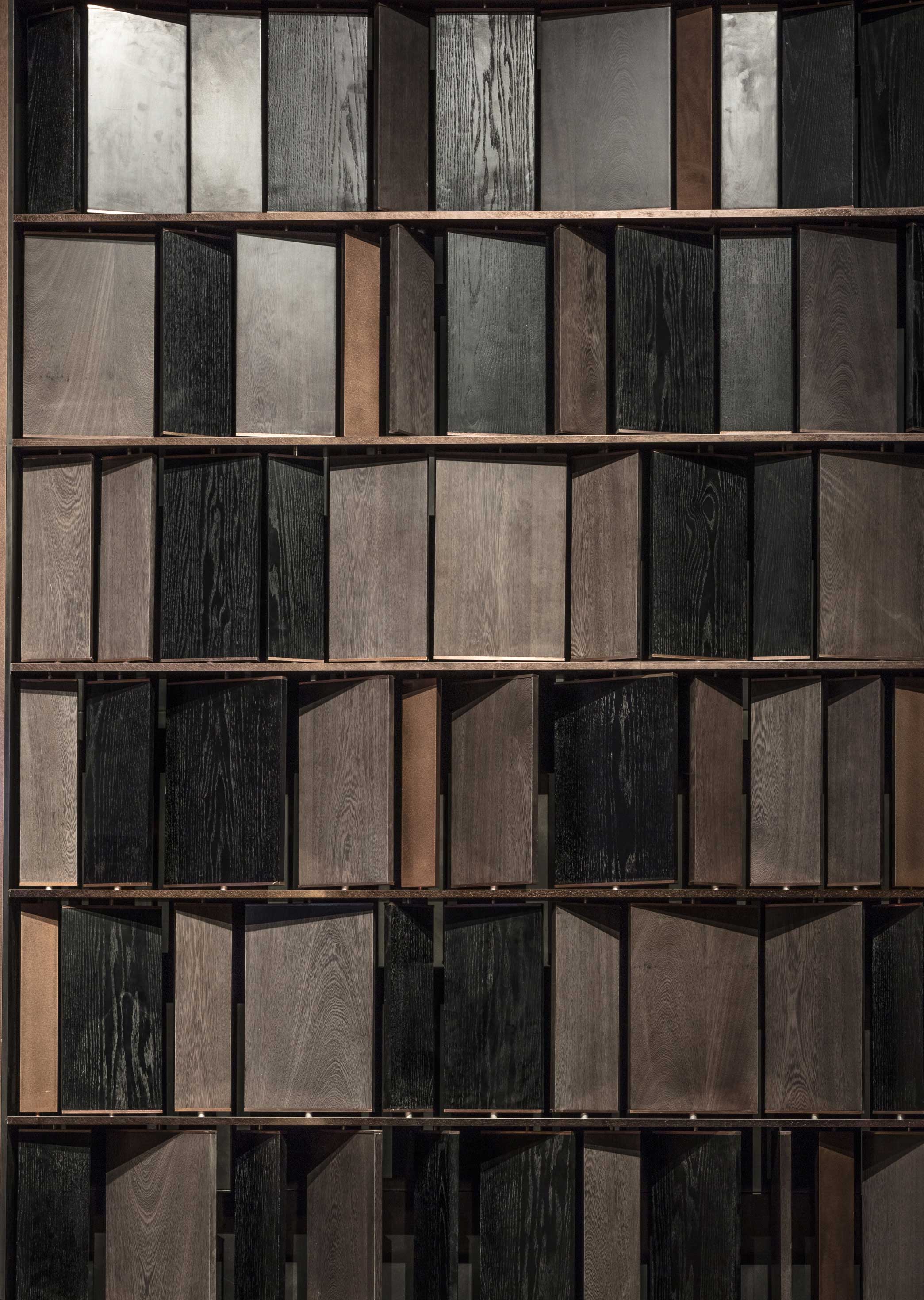 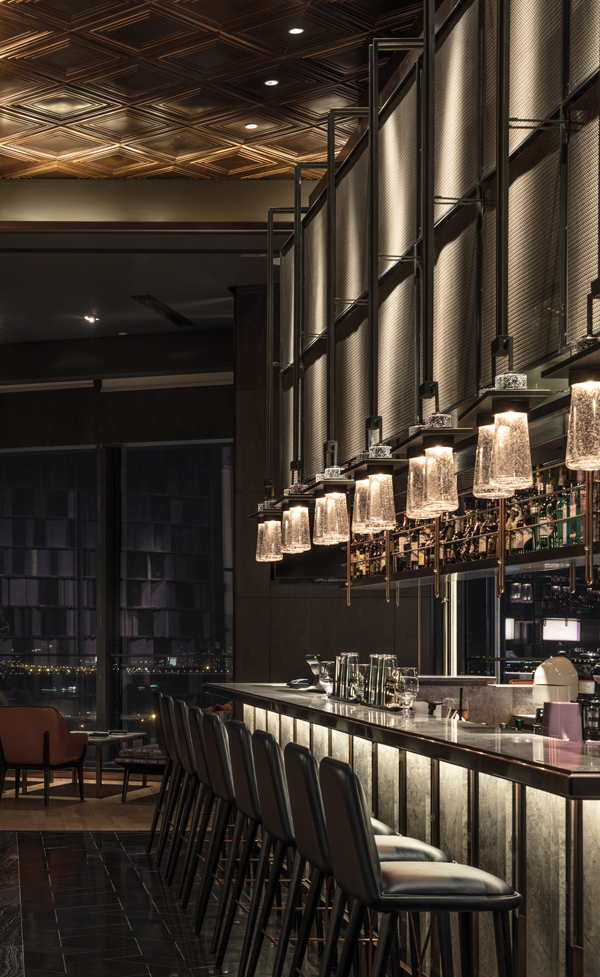 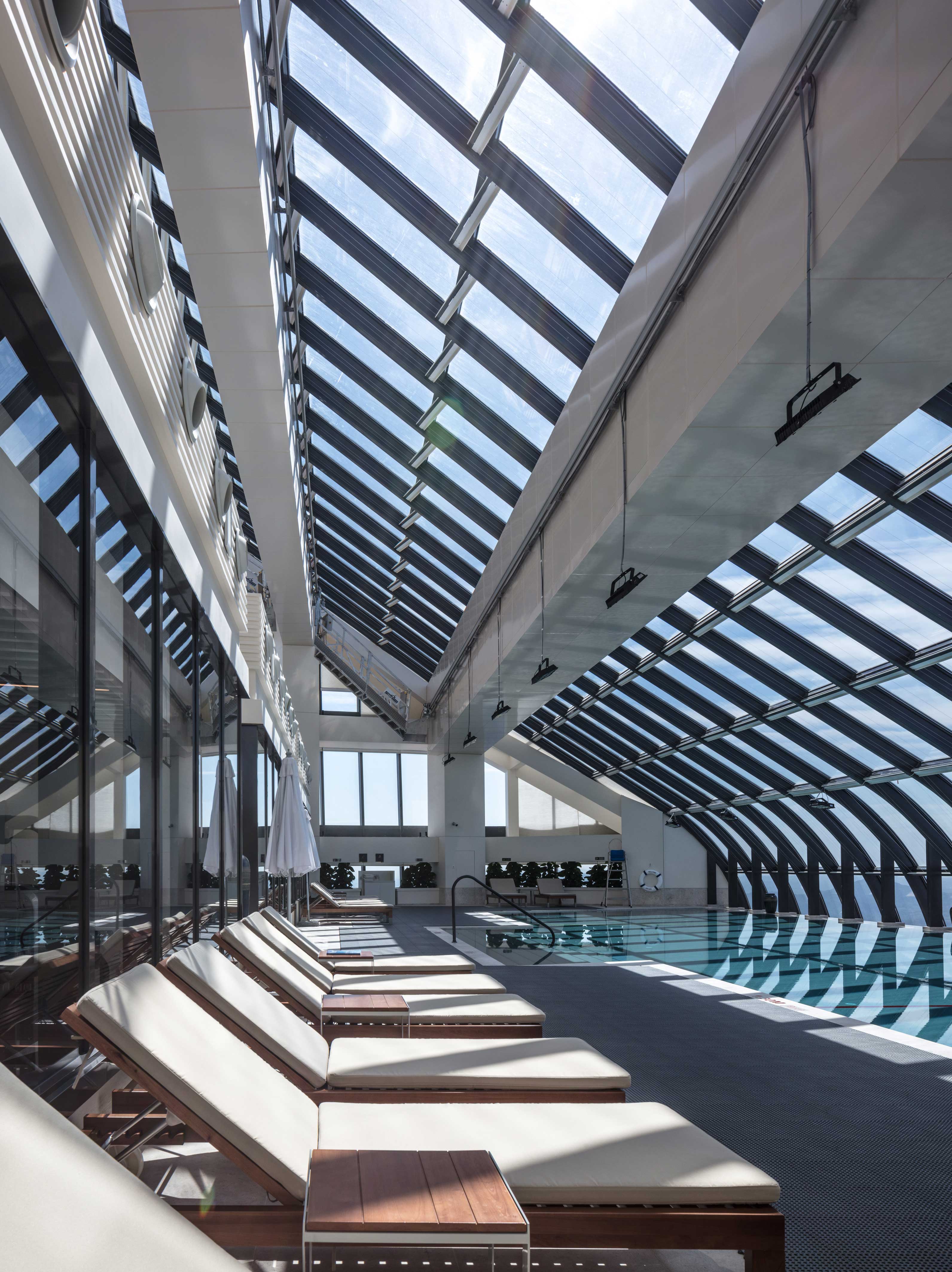 Tracing back to Nanjing’s history as an education and literary haven for scholars, the guestroom design is a comforting retreat for sophisticated international travellers. The “Four Treasures of Study” – brush, ink, paper and inkstone – were used as key inspirations within the rooms and suites.

“ Zaha Hadid's fluid and organic architecture gave us the opportunity to create an upscale, modern and refined interior that conveys a dynamic yet harmonious synergy between the exterior and interior, complimenting the distinct curvilinear features of the building.” 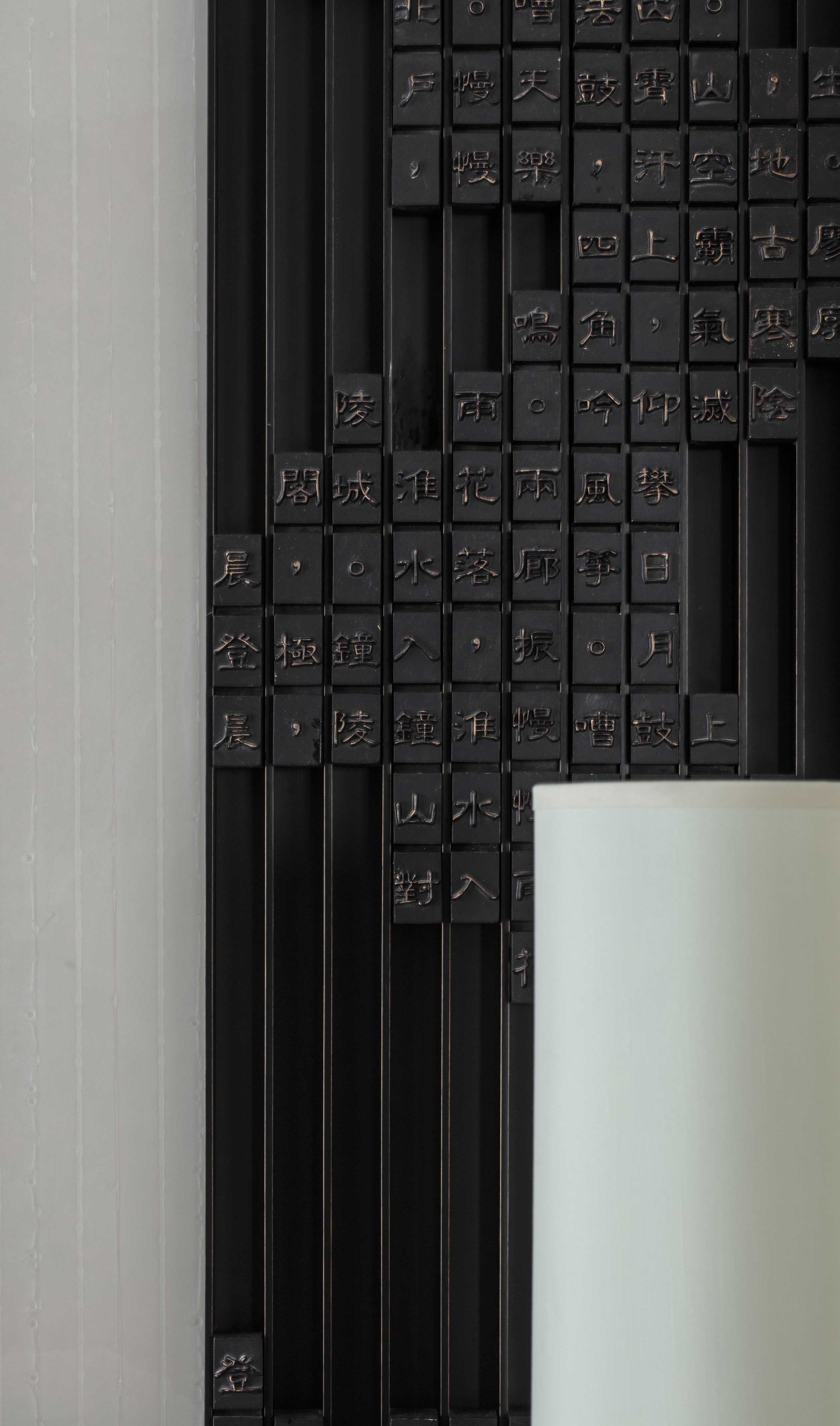 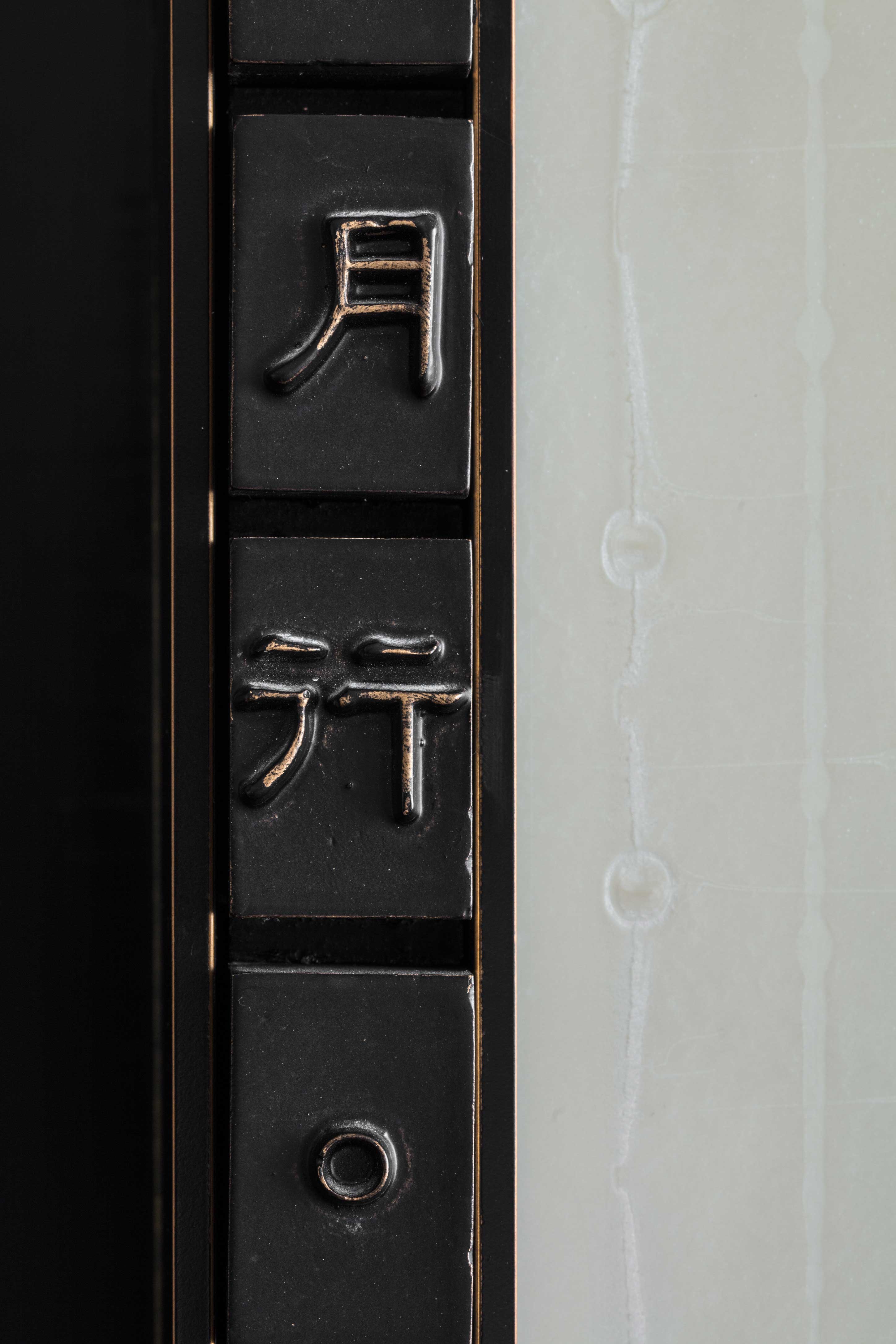 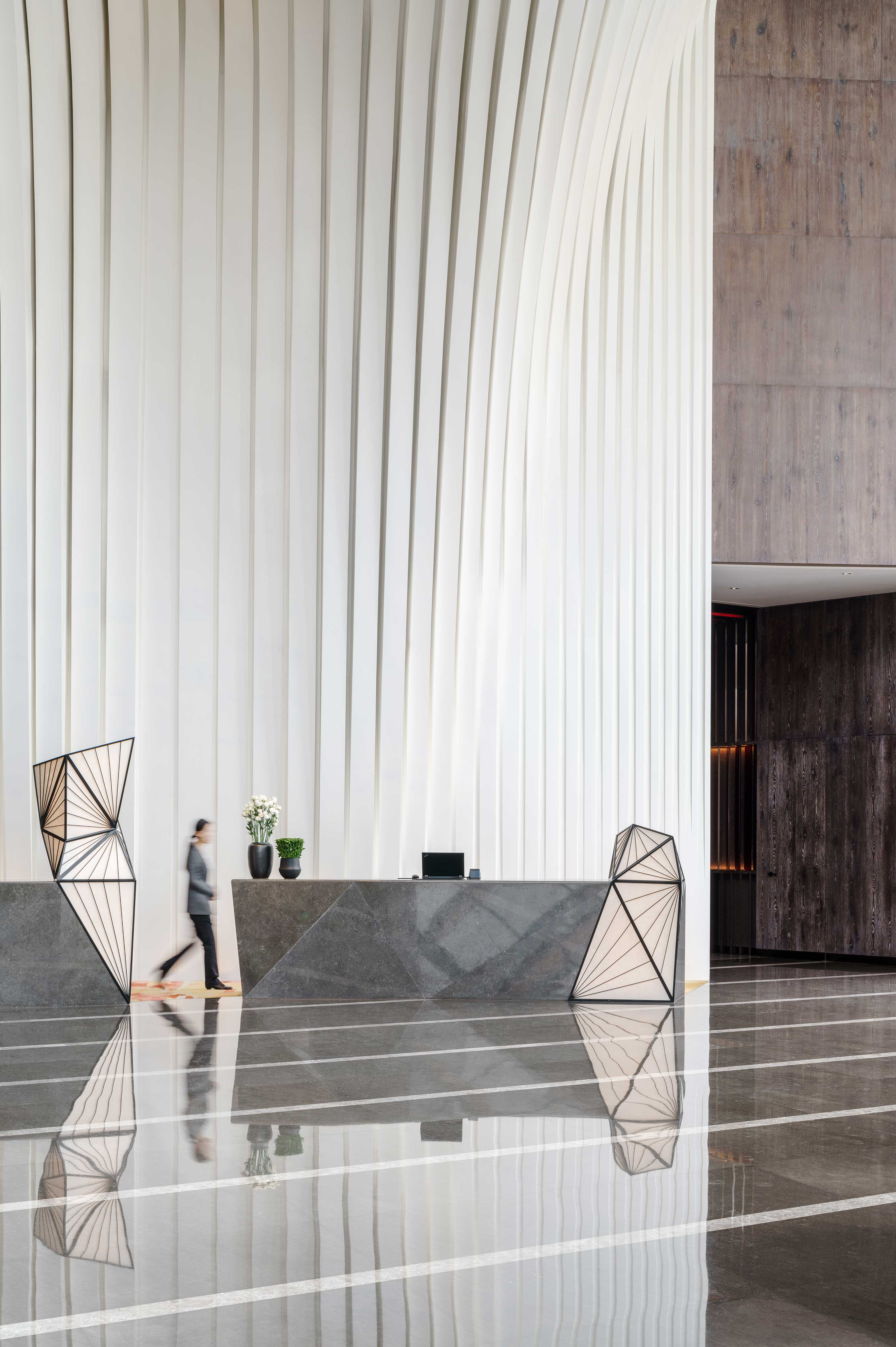